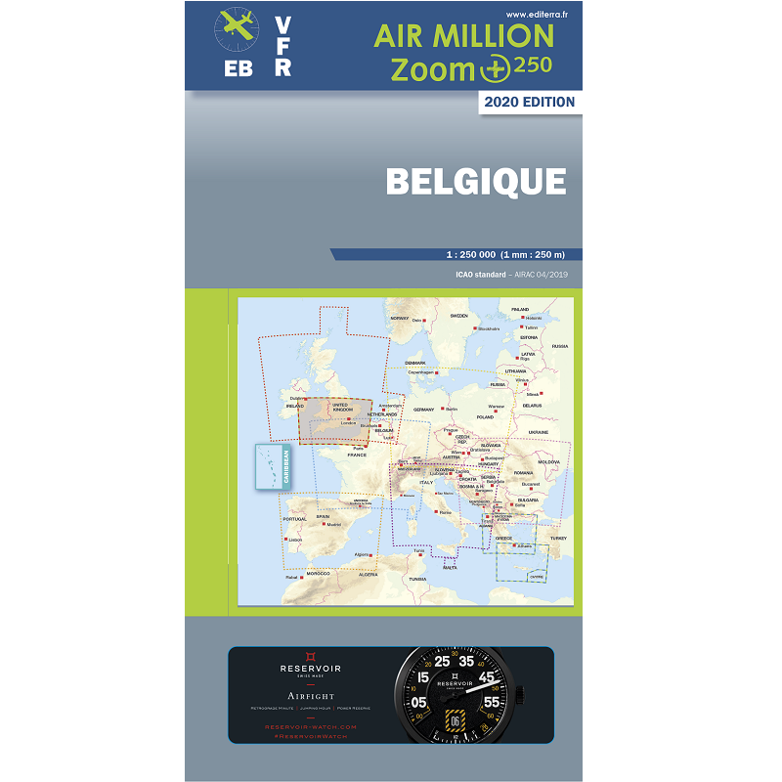 The Air Million chart of Belgium has a scale of 1:250,000, thereby covering the entirety of Belgium and Luxembourg, most of the Netherlands, BAs and the Ch'ti France. All airspace from the SFC up to FL180 is contained herein: areas of class A to E, airfields, AIP courses, private or ULM, all prohibited areas, restricted and dangerous, as well as parks, VFR reporting points and radio navigation aids (VOR, VOR-DME and NDB).

Major improvements over the previous edition:

These 13 Air Million charts are designed and built by a team of cartographers in close collaboration with airspace professionals, allowing pilots to travel easily across the whole of Europe.

The following charts are available: